﻿Mathematical Proofs for the existence of God
and who he is: 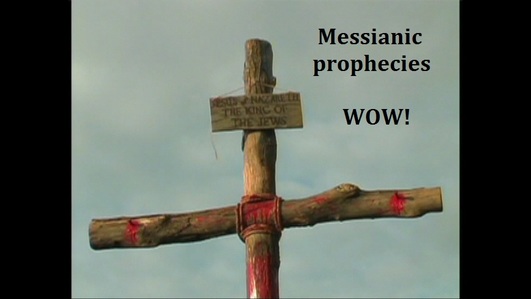 1) The late Professor Stoner in "Science Speaks," used the laws of mathematical probability to estimate the chances that just 8 of the hundreds of Messianic prophecies could be fulfilled by one man by chance.
An example of the laws of math probability would be ... if you flipped a coin, what would be the chance that it would land on heads or tails.  Answer: 1 chance in 2 possibilities.  Insurance companies and businesses use such in various ways.
Well, Dr. Stoner, taking just 8 prophecies, gave each prophecy a conservative estimate.  To figure all 8, you multiply your 8 individual results together.  He worked with a group of people on this.
Results?  The probability that 8 Messianic prophecies could be fulfilled by one man is one chance is the number 10 with 17 zeros after it.  He said this would be like covering the state of Texas 2 feed deep with silver dollars, one of which is painted red.
You are blindfolded, the money is stirred around, and you have one chance to pick the red-colored coin.  You can click here to read Dr. Stoner's actual calculations which also figures the math probability of 48 prophecies.

Dr. stoner's calculations
2)  Grant Jeffrey did similar calculating but with 17 Messianic prophecies.  The probability figures he derived for these 17 came to one chance in the number 48 with 31 zeros after it.  He likens this to filling the Milky Way Galaxy with sand.  One grain is painted red.  You are blindfolded ... and have one chance to pick the red-colored grain.
And yet ... against such odds, these prophecies happened.  Imagine the figures for more than 17! No other book written by any so-called God has anything in it that can touch this evidence found in the Bible.  The God of the Bible IS God.
Click here to watch this YouTube video of Grant Jeffrey explaining the above calculations:
Grant Jeffrey
If you are interested in knowing more about the Messianic prophecies, you might like to check out my music videos on this topic:  "The Seed Messiah" - Parts 1 and 2.